Groups on the city’s South and West sides said they hope to tap the money approved by Illinois lawmakers Wednesday for each of the next seven years.

A pair of coalitions of hospital, community and church leaders hope to tap tens of millions of dollars in just-approved state money to fund initiatives aimed at addressing health care inequities like those that have long plagued the South and West sides.

A measure passed by the Illinois General Assembly Wednesday provides $150 million in state Medicaid money for each of the next seven years to fund new innovative community initiatives that aim to improve health and medical care in the most needy areas of the state, including large parts of Chicago’s Black and Latino neighborhoods that have also been hit hard by COVID-19.

The Illinois Department of Healthcare and Family Services will review applications in coming months, and at least two coalitions from Chicago are already well along with plans for hiring doctors, community health care workers, upgrading medical record technology and a number of other actions.

“It’s literally going to save lives,” said the Rev. Julian DeShazier, senior pastor at University Church in Hyde Park and an advocate of the South Side project. “We’re grateful for the money. Now we have to go get it for the South Side.”

Plans for the South Side Health Transformation Project sprung last year from the failed merger of four money-losing community hospitals, known as safety-net providers. The merger itself was directed at fixing disparities in predominantly Black communities.

The South Side project hopes to win at least $30 million from the state to hire about 130 doctors and at least 250 community health workers, said Charles Holland, chief executive of St. Bernard Hospital.

St. Bernard, along with University of Chicago, Advocate Trinity and Holy Cross Hospital has been working with health clinics, community organizations and church leaders to form a plan they hope will begin to reverse a decades-long trend of poor access to medical care.

The West Side Collaborative also plans to seek about $30 million to hire community health care workers and pay for a number of health-related initiatives, including programs focused on nutrition and housing.

“If we’re really going to transform health care, we need support to do that,” said Karen Teitelbaum, chief executive of Sinai Health System.

Teitelbaum is part of both of the city’s collaborations as Holy Cross and Mount Sinai are part of her hospital system.

The aim is to “find innovative solutions that address health disparities in distressed communities,” Healthcare and Family Services Director Theresa Eagleson said in a statement. Her agency pushed for the program.

A study prepared last year for the state agency identified South and West Chicago, suburban Cook County and the East St. Louis area as communities with the greatest need for better health care.

Illinois Hospital Association Chief Executive A.J. Wilhelmi praised the program saying he hopes it will “reduce health disparities and inequities that have been exposed by the COVID-19 pandemic, especially in communities of color.”

Brett Chase’s reporting on the environment and public health is made possible by a grant from The Chicago Community Trust. 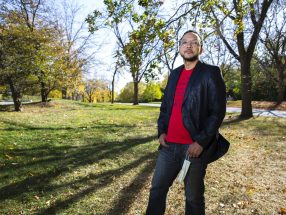