ROCKFORD — Former state Rep. John Cabello on Friday announced that he will run for election this year in the newly draw 90th Illinois House District.

Cabello, a Rockford police officer and Machesney Park resident, previously represented the 68th District but was defeated in 2020 by State Rep. Dave Vella, D-Rockford, who is seeking re-election.

Cabello said the new 90th District includes a large portion of what used to be in the 68th District and half of state Sen. Brian Stewart’s area. Cabello said in a news release that he considers Stewart, who has announced that he is not seeking re-election, to be a friend and mentor.

"I have always fought the good fight opposing taxes and higher spending but more importantly, representing my constituent’s interest and not the special interests,” Cabello said in the release.

The new 90th District is a northern Illinois district that includes Freeport, Durand, Shirland, Rockton, Roscoe and South Beloit in addition to most of Machesney Park.

Cabello promises to fight what he calls "leftist ‘progressive’ legislation," including a police reform bill that he says "hampers law enforcement."

“I will work to repeal that legislation either in part or in whole and work for legislation that protects our citizens, and law enforcement officers,” Cabello said in the release.

The current 90th district, represented by state Rep. Tom Demmer, R-Dixon, is south of Rockford and includes portions of DeKalb, LaSalle, Lee and Ogle counties. Much of that area will be inside the newly drawn 74th Illinois House District. 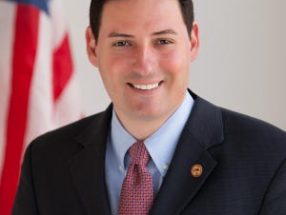